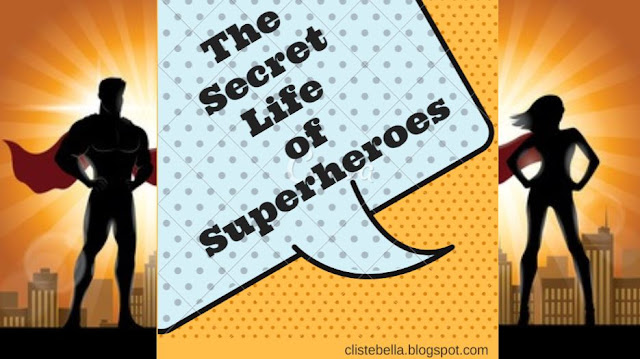 Forget about super-strength, laser vision, or — our personal favorite
— the ability to consume any type of matter in the universe;
the best superhero power might just be the way they inspire and motivate us.
-Anon.

Whenever we hear "Secret Life of Superheroes" we always think of them in costumes and capes, the battles, the display of power - all to make sure lives are saved. But that's not really the secret of the superheroes. Everyone already knows know their exploits but only a few people know the person once the mask is gone.

In comic books and movies it's always made to look like being a superhero is all they are and that their other identities are only a facade. Unless their last name ends in Wayne, Queen, or Stark (and maybe Prince because she is immortal), then most superheroes still have a differently reality behind their super powers. 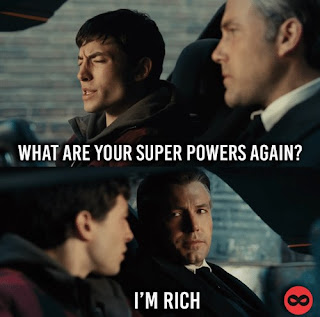 An alien? A mutant? Bitten by a radioactive spider? Hit by lightning? Chosen by a ring? However way a superhero came about their power they are still regular people. Case in point is Spiderman. The new movies out right now make him to be a geeky kid probably still in high school and comes home to his Aunt May. Superman, who had a regular job as a reporter for the Daily Planet. The Flash is a CSI for the Star City Police. Their secret life is the one that the whole world doesn't hear about - they have a 9-5 "desk" job, come home to family, do laundry, pay bills. That is their secret reality. Many superheroes need to hold down their day jobs, in order to keep their super lives.

I also think the life of a superhero is a little lonely. Sure there are those who have family and friends but the burden of the "responsibility" is theirs alone. You might say but friends help them. The help that those people can extend to a super will only do so much. In the end a super will have to think of the greater good of the many than the few. They put he lives of people they love in danger. That's probably why, unless your power is being rich, you won't have a team of people working behind you.

Note: Special thanks to the creators of the Superheroes I mentioned above.

We're out to see Infinity Wars on the weekend. No spoilers please but have you seen it? What do you guys think?